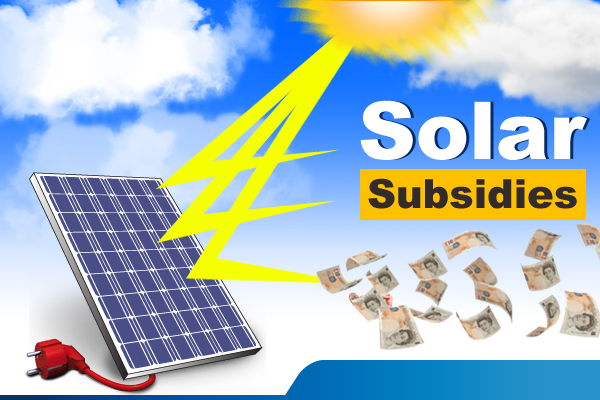 Recently, the government announced cuts to subsidy on solar installations by a huge margin of 64%. The move has been widely criticized as this means solar will get a whole lot expensive for households that are planning to make the switch to this green, renewable form of energy. Also, cut in solar subsidies threatens to put 9700 – 18700 jobs at risk, affecting the livelihood of many families.

How does it affect you?
Solar energy generated from households having rooftop solar panels will be paid at 4.39p per Kilowatt-hour instead of the current 12.47p per Kilowatt-hour. This means generating your own solar energy will no longer be a lucrative proposition. The new rates will apply to houses and commercial establishments that install solar panels next year onward.

At the current subsidy rates, an average household could expect to earn savings of £673 a year. With solar panels costing approximately £6500 to install, they could recover the cost of installation in 10 years, and in another 10 years, they could make a profit of nearly £7000. Once the new subsidy is in effect, the annual earning would considerably reduce (to 5%) and households would not be able to recover the cost of installation even in 20 years.

Government subsidy and the opportunity to earn money through excess energy generated were big incentives for average customers to consider installing solar panels. With savings from solar going down, many customers might find solar panels financially enviable.

Past rumors about an imminent cut to the solar subsidy had forced many home owners to rush to install solar panels to lock in current subsidy rates. This rush, in some cases, have led home owners to sign contracts without doing a proper research and thus fall victim to hidden catches and over-priced rates. The rush to install before new subsidy becomes active has also resulted in shoddy work of poor quality.

Anticipating a dip in the market demand, many small and medium solar installers have already shut shop. With the industry experiencing a major upheaval, it is important that customers choose wisely before deciding on a dealer and signing the contract. It is better to prefer reputed companies, even though their rates might be higher, as they have lesser chances of closing down leaving their customers without future support.

Go Green with Solar
We need to remind ourselves that the biggest reason for going solar should be to reduce our carbon footprint and our dependency on non-renewable sources of energy. With or without government subsidies, solar panels give you the satisfaction of generating your own power and will continue to help you cut down your energy bills.